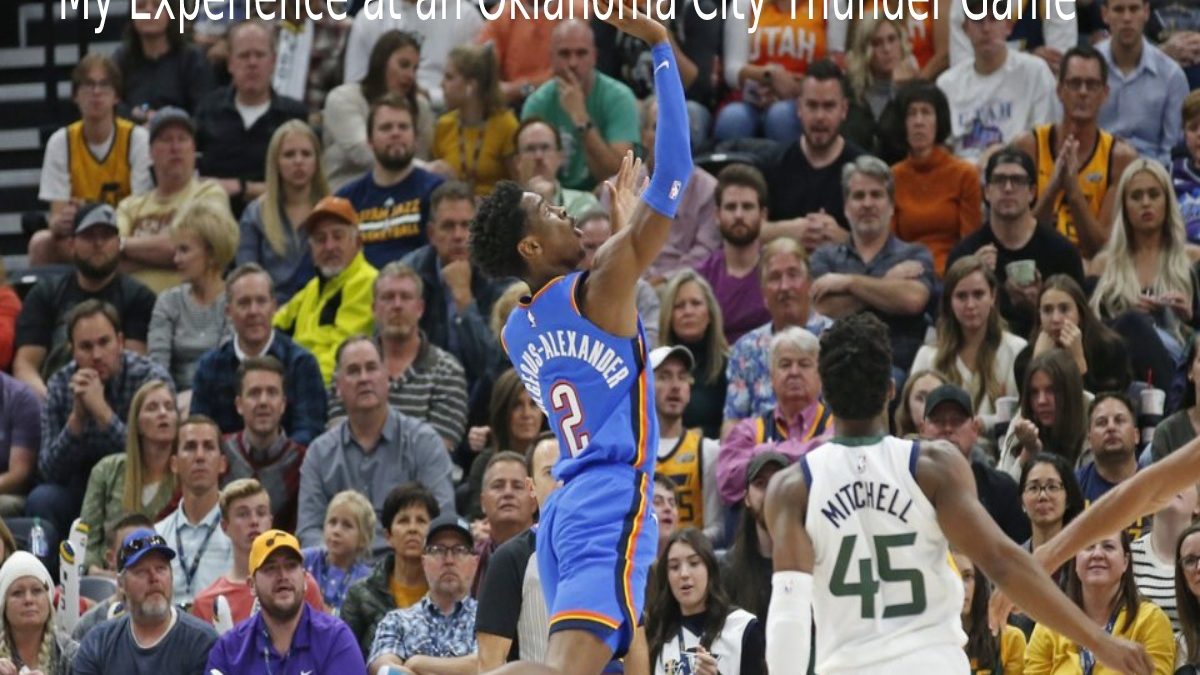 Those of us in Oklahoma know how serious we are about our team, the Thunder. The fans are dedicated, loyal, and very passionate about the basketball team. There is not much for young folks to do in Oklahoma City, but the Thunder has really rejuvenated the culture of a previously sleepy city.

Of course, that passion also means that fans get very upset when a player leaves the team for greener pastures. After the departure of Kevin Durant and Russell Westbrook, some fans have yet to recover their enthusiasm.

I recently went to an Oklahoma City Thunder game, my first since we lost Westbrook, and had one of the best times I’ve ever had at an NBA game. Here is a little bit about my experience at a recent basketball game between the Thunder and the Kings!

Getting Tickets, Concession Fair, and Parking

I had decided to go to this game fairly last minute, so I needed to quickly get tickets. The only tickets available still were pretty terrible seats, so I checked out some of the most common resellers.

I decided against Gametime and Vivid seats. After looking up Vivid seats and Gametime Tickets reviews, I decided to go with Stubhub. This was a good choice, my seats had a great view of the game!

Parking was a nightmare but that has more to do with downtown Oklahoma infrastructure, so you probably already knew that.

Once I paid way too much for parking and got to the stadium, it was time to hit up the concession. I absolutely have to have snacks at any sports event. It is just an important part of the experience for me. I usually get popcorn, a hotdog, and a big mug of cold Bud Light.

The hotdog was as good as you would expect. However, the popcorn was perfect — super buttery with the exact right amount of salt. Of course, my beer was way overpriced, but that is something you come to expect from anything going on at the Paycom Center Arena.

Man, this game was a nail biter. The final score was 105-103, for the Oklahoma City Thunder. The Sacramento Kings also played an incredible game, matching the Thunder point for point until the very end.

There was one player in particular that really stood out during the game, who deserves a bit of a shoutout. Move over Keven Durant, Shai Gilgeous-Alexander has entered the chat!

This Canadian joined the Oklahoma City Thunder in 2019 and he is a perfect addition to the team. Gilgeous-Alexander was on fire during this game, putting up several points on the board!

The Thunder play most of their games on Fox Sports Oklahoma and a few of their games on Fox Sports Southwest. Both channels are regional sports networks. Fans in the Thunder market might be able to watch these channels using a digital TV antenna, but regional sports networks are difficult to find on most streaming services right now.

Even though the Oklahoma City Thunder might not be in their glory days at the moment, the team is still great to watch. Even if you were disappointed in the loss of one of your favorite superstars in the past few years, I highly recommend giving the Thunder another chance to win your heart and maybe even a championship or two!