What is Surfshark VPN and How Much Does It Cost?

Surfshark VPN is a big fish in the sea of ​​VPN service providers. Surfshark is relatively new to the market, only coming out in 2018. However, in the short time that it has been around, it has already managed to establish a pretty impressive network of servers. Not only are they competitively priced, but you can also back it up with useful features. In this Surfshark VPN review, I’ll dive deep to find out all about its capabilities to protect your internet traffic, unblock streaming services, and more.

What is surf shark?

Surfshark is a virtual private network(VPN) company located in the British Virgin Islands. Founded in 2018, Surfshark VPN is maintained and owned by Surfshark Ltd. with employees in 8 different countries. At last amount, the company offers 1,700 servers in more than 63 countries. Compared to other VPN companies, Surfshark supports fewer VPN protocols, but the ones it does support are among the most popular options.

Users can Get Surfshark VPN servers around the globe and lock up their browsing activity with end-to-end encryption. The Surfshark has apps for iPhone, iPad, Android, Windows, macOS, and the Amazon Fire TV Stick. It offers browser extensions for Mozilla Firefox and Chrome, a client for Linux, and works with many routers.

Surfshark VPN’s main feature is a virtual private network service that focuses on privacy, but the company also includes a variety of other security features beyond just encrypting your data. For example, Whitelister is their split tunneling tool, which allows you to send most traffic through the VPN “tunnel” and direct specific traffic out of the VPN. The site walks you through vibrant examples of when you might want to turn it on and how to enable it.

Surfshark has a no logs policy, a kill switch, supports P2P downloads on specific servers, and supports 15 different Netflix libraries so users can watch geo-restricted content.

These are the main features of Surfshark : 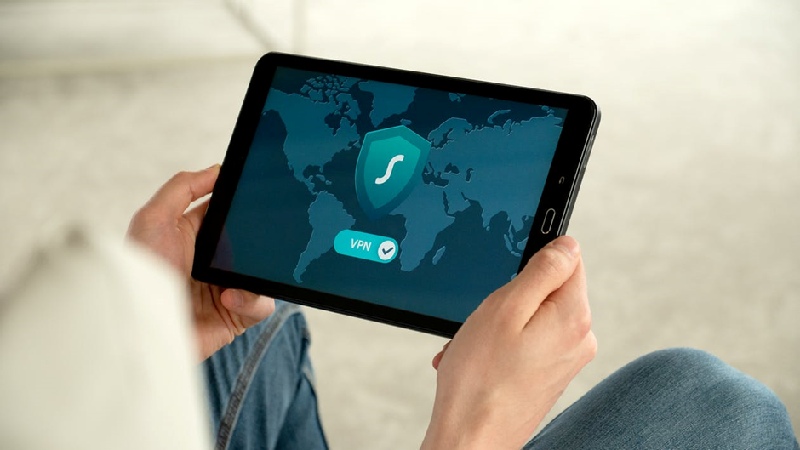 How Much Does Surfshark VPN Cost?

Surfshark’s price is $12.95 per month, which is actually more expensive than some of its competitors.

If you opt to pay for six months all at once, the price drops to $6.49 per month, still quite expensive, but select the two-year plan and you’ll notice a big drop in price. The longest option on offer, the 24-month plan is just $2.49 a month, undercutting just about every other premium VPN out there.

However, there is a “but” here. While that price of $2.49 a month is very tempting, keep in mind that when you renew you will pay more than that: $4.98 a month to be exact. While that’s still cheaper than many alternatives, we recommend keeping that in mind when the first two years are up.

If you want to use it before you buy, you can make the most of a free 7-day VPN trial and try the service on Mac, iOS, or Android. Although this is not a lengthy trial and there is no option for Windows, many comparable VPN providers do not offer a trial at all. However, if you really want to try the service, it might be worth just signing up and availing of the 30-day money-back guarantee if it doesn’t meet your standards.

When it comes to payment options, you may be surprised at the variety on offer. It is possible to pay for Surfshark with most major credit cards, various cryptocurrencies, PayPal, Alipay, Google Pay and Amazon Pay.

Here are other VPNs you can use as alternatives to Surfshark .

NordVPN’s browser-based software helps users ensure that their Internet connections and network are secure 24/7. This NordVPN web-based software is a SaaS product but can also be simply installed on Mac, Windows, native Android and native iOS.

Users can easily access region-specific digital content from anywhere in the world. This VPN tool features an extra layer of protection through strong encryption to better protect incoming and outgoing communications online.

ExpressVPN’s Chrome extension comes with remarkable website unblocking capabilities and is known to be the fastest option available. It offers unrestricted global access to websites. Users can enjoy highly secure and encrypted private web browsing without fear of a security breach. It is found to support HD/4K streaming.

Users can enjoy unlimited torrenting/P2P installation. With Surfshark they can access Netflix and BBC iPlayer without any restrictions. In addition to Chrome, it also has Safari and Firefox extensions. You can hide the IP address and you can select from more than 140 locations in more than 90 countries. Provides super fast connections. Anonymous browsing and downloading is possible.

If you’re looking for a web proxy that offers an easy-to-use platform, CyberGhost is the best of the best. CyberGhost VPN is a top-notch web-based VPN app with many useful VPN features. If you download unlawful material from the Internet and want to make sure you don’t accidentally send anything over an unsecured connection.

The software is easy to use, free and never slows down your device. It also provide extensive P2P/Torrent functionality. Cyber Ghost VPN Users can select more than 1200+ servers in more than 50 countries. The software includes features like  anonymous browsing, remote access, web browsing, and many more. At the same time, user can run up to 5 devices for one registered account.

It is a security-focused high-speed Swiss VPN solution that protects the privacy of its users online. The software uses a secure, encrypted VPN tunnel to forward your users’ Internet traffic, ensuring the highest possible security for sensitive data and passwords.

Users can also rely on the individual to keep their browsing history private. ProtonVPN does not track the Internet activities of its users and shares information with third parties. Thus, it allows them to browse the Internet without any surveillance.

In the above article, we have discussed a few important points about surf shark VPN. Furthermore, we also mentioned some of the best alternative VPNs and their features. Mashable Online hopes that you found the above article informative and valuable.

Review What is Surfshark VPN and How Much Does It Cost?. Cancel reply

Ways to Lower Car Insurance After an Accident

How to charge Xbox one controller?